With this professional ultrasonic detector set you can locate leakages in compressed air supply networks, plant systems and at concealed pipelines quickly and inexpensively without contact even from a distance of several metres.

In case of leaking gas even a tiny point of leakage in the compressed air line is sufficient and leads to increased friction, generating a sound inaudible for humans in the ultrasonic frequency range.

These sound vibrations caused by flow friction are received by the probe of the SL800R and transformed into audible sound by way of high-performance transducer technology, which can then be played over soundproof headphones and additionally displayed as indicator value via a 10-piece LED bar graph.

To test the tightness of pressureless systems such as tanks, containers or climatic chambers and ventilation systems, these system can be subjected to ultrasound using the SL800T transmitter, which is also included in the set.

This variety of potential applications is made possible by ultrasonic detection using the SL800 set:

This probe utilizes structure-borne sound as bearer of inner states and processes. Hence, the device combination works like an electronic stethoscope.

Large amounts of air permanently stream out at high speed even through the tiniest leaks in compressed air systems, resulting in considerably higher operating costs: 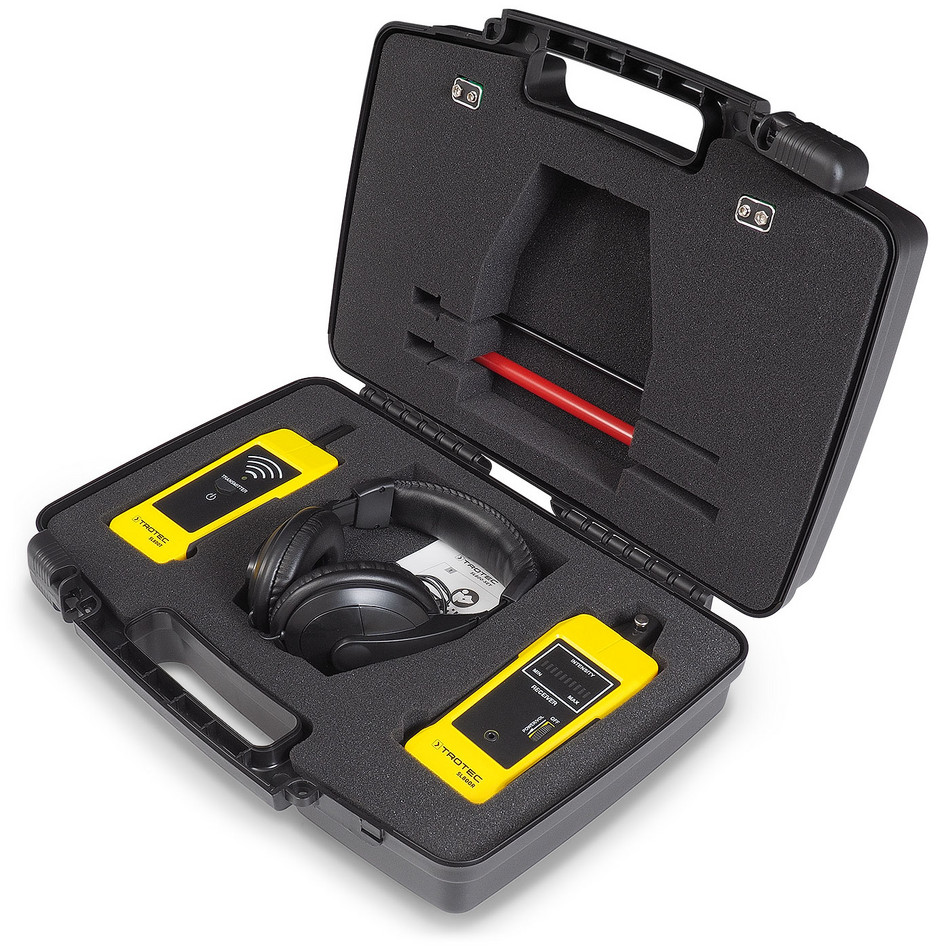 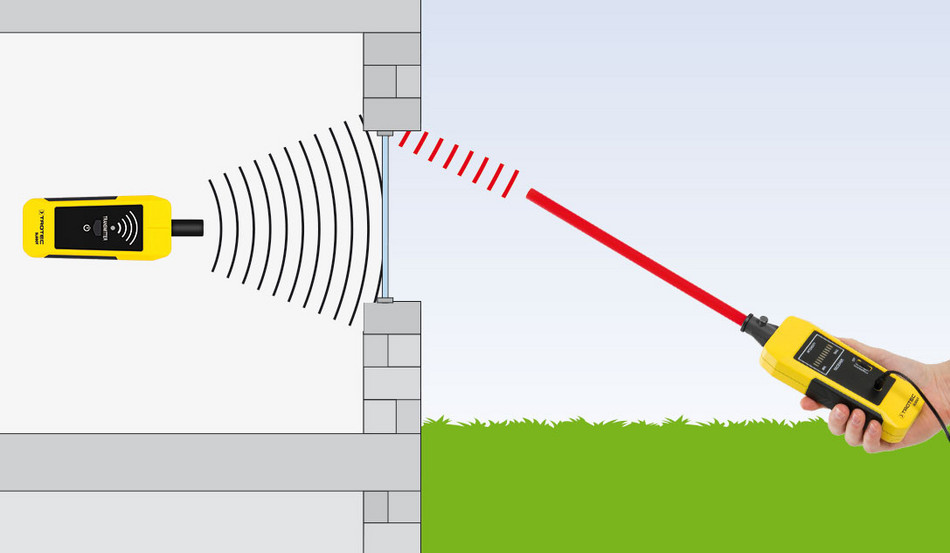 For tightness tests at regular doors and fire doors or windows the ultrasonic transmitter SL800T can simply be installed behind the test object. Ultrasound emerging in front of the object then indicates the point of leakage.

This ultrasound measuring instrument is supplied as a complete set with exchangeable probes and ultrasonic transmitter: 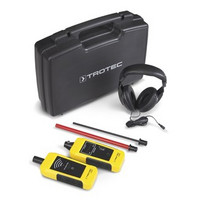 With this professional ultrasound detector set, you can quickly and inexpensively locate leakages in compressed air networks and concealed pipelines even from several meters away.